You are here: Home » News » what effect of the Lycopene

what effect of the Lycopene

Lycopene is widely found in tomatoes, tomato products, watermelon, grapefruit and other fruits. It is the main pigment in ripe tomatoes and one of the common carotenoids. In 1989, MASCIO found that lycopene had the highest quenching activity for singlet oxygen among all carotenoids. Subsequently, the research on the function of lycopene became a hot topic, the research content involved the absorption and metabolism of lycopene, lycopene reduced the risk of prostate cancer and other tumors and cardiovascular diseases, and the extraction of lycopene And measurement methods. At present, lycopene has not only been widely used as a natural pigment, but also has been increasingly used in functional foods, medicines and cosmetics. 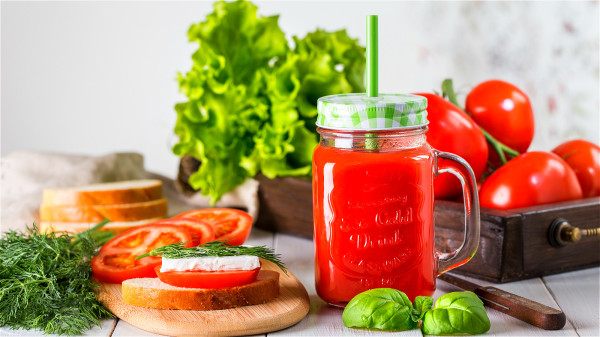 Lycopene is an unsaturated olefin compound, the main pigment in ripe tomatoes and one of the common carotenoids. Lycopene does not have the β-carotene ring structure of β-pondroitone, so it cannot be converted into vitamin A in the body and is not provitamin A. The molecular formula is C40H56, and there are many cis-trans conformers. Lycopene is a fat-soluble substance, hardly soluble in water, methanol, ethanol, soluble in ether, petroleum ether, hexane, acetone, and easily soluble in organic solvents such as chloroform, carbon disulfide, and benzene. There are 11 conjugated double bonds and 2 non-conjugated double bonds in the lycopene molecule, so its stability is very poor, prone to cis-trans isomerism and oxidative degradation. Factors affecting the stability of lycopene include oxygen, light, heat, acid, metal ions, oxidants and antioxidants.

The long-chain polyunsaturated olefin molecular structure of lycopene gives it a strong ability to eliminate free radicals and antioxidant capacity. The current researches on its biological effects mainly focus on anti-oxidation, reducing the risk of cardiovascular disease, reducing genetic damage and inhibiting the occurrence and development of tumors.

Oxidative damage is considered to be one of the main reasons for the increased incidence of cancer and cardiovascular and cerebrovascular diseases. The in vitro antioxidant capacity of lycopene has been confirmed by many experiments. The ability of lycopene to quench singlet oxygen is more than twice that of the currently commonly used antioxidant β-carotene and 100 times that of vitamin E.

Lycopene can deeply remove vascular waste, regulate plasma cholesterol concentration, protect low-density lipoprotein (LDL) from oxidation, repair and perfect oxidized cells, promote intercellular glial formation, and enhance vascular flexibility. A survey study showed that serum lycopene concentration was negatively correlated with the incidence of cerebral infarction and cerebral hemorrhage. The research of lycopene against atherosclerosis in rabbits shows that lycopene can effectively reduce the serum total cholesterol (TC), triglycerides (TG) and low-density lipoprotein cholesterol (LDL-C) levels in rabbits. The effect is comparable to fluvastatin sodium. Other studies have shown that lycopene has a protective effect on cerebral ischemia. It mainly inhibits the activity of glial cells through anti-oxidation and scavenging free radicals and reduces the area of cerebral perfusion injury.

Lycopene also has functions such as reducing skin damage from radiation or ultraviolet (UV). When UV irradiates the skin, the lycopene in the skin combines with the free radicals generated by UV to protect the skin tissue from damage. Compared with the skin without UV irradiation, the lycopene is reduced by 31% to 46%, and the content of other ingredients is almost constant. Studies have shown that taking foods rich in lycopene can combat UV and avoid erythema caused by UV radiation. Lycopene can also quench free radicals in epidermal cells, and has a significant fading effect on age spots.

Lycopene can activate immune cells, protect phagocytes from their own oxidative damage, promote the proliferation of T and B lymphocytes, stimulate the function of effector T cells, promote the production of certain interleukins and inhibit the production of inflammatory mediators. Studies have found that taking lycopene capsules at a medium dose can improve the body’s immunity and reduce the damage to the body’s immunity from acute exercise. 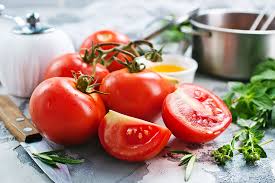 In the field of food and beverages, lycopene has obtained the European "novel food" approval and the U.S. GRAS (generally considered safe) status, among which non-alcoholic beverages are the most popular. GNPD data shows that there are 20 new products: 7 in bread, breakfast cereal and other fields; 7 in processed meat, fish and eggs; 7 in dairy products; 6 in chocolate and candy; sauces and seasonings 5 kinds; 5 kinds of desserts and ice cream. Applying it to dairy products not only maintains the nutrition of dairy products but also enriches their health care functions.

The color, texture and flavor of meat products will change due to oxidation during processing and storage. At the same time, with the increase of storage time, the reproduction of microorganisms, especially Clostridium botulinum, will also make meat spoilage. Therefore, chemical preservatives, nitrite, are often used to inhibit the growth of microorganisms, prevent meat spoilage and improve meat flavor and quality. colour. However, studies have found that under certain conditions, nitrite can combine with protein breakdown products to form carcinogens, nitrosamines. Therefore, the addition of nitrite to meat has long been controversial. Lycopene is the main component of the red pigment of tomatoes and other fruits. It has strong antioxidant capacity and good physiological functions. It can be used as a preservative and coloring agent for meat products. In addition, the acidity of tomato products rich in lycopene will lower the pH of the meat and inhibit the growth of spoilage microorganisms to a certain extent. Therefore, it can be used as an antiseptic and antistaling agent for meat foods and can partially replace nitrite. effect.

Oxidative deterioration is an adverse reaction that often occurs during storage of edible oil, which not only causes the quality of edible oil to change and even loses its edible value, but more serious is that long-term intake of deteriorated edible oil will cause various diseases.

In order to delay the deterioration of edible oil, certain antioxidants are often added during processing. However, with the improvement of people's food safety awareness, the safety issues of various antioxidants are constantly being raised. Therefore, looking for safe natural antioxidants has become a focus of food additives. Lycopene has superior physiological functions and strong antioxidant properties. It can efficiently quench singlet oxygen and scavenge free radicals, and inhibit lipid peroxidation. Therefore, adding it to edible oil can alleviate oil deterioration.

As a carotenoid compound with great potential, lycopene cannot be synthesized in the human body by itself. It must be obtained through dietary supplementation. After discovering the physiological functions of lycopene, Ly-cored Natural Products Industries Ltd. of Israel took the lead. Develop lycopene products. In addition, Henkel Corporation of the United States and Makhtshim Corporation of Japan have respectively produced drugs with lycopene as the main active ingredient. Its main effects include lowering blood pressure, treating hypercholesterolemia, hyperlipidemia, and reducing cancer cells, etc., with significant curative effects . At present, there are rare domestic reports about the application of lycopene as a food or pharmaceutical raw material.

Lycopene can be used as a nutritional supplement to maintain human health. The lycopene oleoresin made by the Japanese has been widely used in beverages, cold foods, meat products and baked goods. Because of the special function of lycopene, it is also a functional factor for the development of functional foods of modern significance, such as making antioxidant health capsules, or making medicinal canned food after compatibility with other medicinal plants.