You are here: Home » News » What are the side effects and contraindications of aloe vera

What are the side effects and contraindications of aloe vera 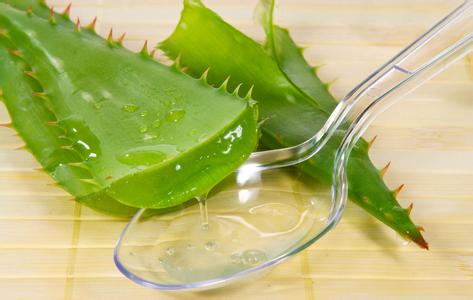 Side effects of aloe vera:

Although aloe vera is good, it should be used symptomatically. Aloe is bitter and cold in nature. It is mainly suitable for positive disease types, but not suitable for deficiency symptoms. Especially for people with insufficient yang qi, weak spleen and stomach, or weak and cold constitution, sometimes not only does not have a therapeutic effect, but also aggravates the condition and accelerates death. Cardiovascular and cerebrovascular patients, liver disease patients, and kidney disease patients are mostly of Yang-deficiency and Qi-deficiency syndromes. The use of aloe vera, which has the effect of clearing liver and heat and purging actual fire, is tantamount to worsening the situation. For critically ill patients, using aloe vera products that can clear away heat from the cold, will lose energy and hurt Yang and die faster. At this time, the main focus should be on qi, warming yang, and solid-off. Traditional Chinese medicine prescriptions include Dushen Decoction and Shengmai Decoction.

People are gradually deficient in blood, yin and yang in middle age. If you want to strengthen your body, you should eat more mild and sweet foods that are homologous to medicine and food, such as yam, lily, walnut, chestnut, shiitake mushroom, enoki mushroom, crucian carp, black chicken, Mutton and other foods, cold plants like aloe, even if you eat it, you should consult a Chinese physician to adjust it according to your own physical condition. After all, people are not as hot as they were when they were young. Even if there is fire, it is mostly empty fire. , Often accompanied by sore waist and knees, dry mouth and throat, upset and irritable, decreased energy, decreased physical strength, etc. This is the method of replenishing qi and tonifying kidney yin for qi deficiency and yin deficiency, and then using aloe vera that clears heat and relieves fire It will aggravate the disease, injure the yin and jersey, and damage the yang.

The side effects of taking aloe vera are mostly due to the characteristics of aloe vera cold. The main manifestations are yang deficiency and qi deficiency caused by overeating cold and cold: such as chills and coldness, cold hands and feet, physical weakness, low back pain and kidney pain, lack of energy, lethargy, and early morning diarrhea , Or constipation; heavy yellow urine, frequent nocturia; swelling of the body, memory loss, mental failure; sexual dysfunction; impotence, premature ejaculation; facial color is blue and white. If the health product contains aloe, how to distinguish it is an improvement reaction or a side effect? If it is an improvement reaction, once the medication is stopped, the body will quickly return to normal within three to five days and the energy and physical strength will be significantly improved. If it is a side effect, once the medication is stopped, the body still shows no signs of briskness or improvement after one or two weeks. Even if the symptoms that were not there before are increased, it must be a side effect. The improvement reaction will not exist for a long time after stopping the product. Generally, the reaction will subside after stopping for one or two days. After the real improvement reaction, it must be the improvement of the state and the increase of vitality.

In recent years, as a popular product for health and beauty, aloe vera has been well received by everyone. However, the relevant state departments have issued a document stipulating that aloe products must be marked with the words "this product is added with aloe, pregnant women and infants should be used with caution".

Industry expert Yu Huahong pointed out that aloe is a kind of drug for bitter cold. People of different constitutions will have different effects when using aloe. Consumers should eat and use with caution. Although aloe vera has a high medicinal value, it also has many contraindications. For example, aloe vera can make women's pelvic organs congested and cause uterine peristalsis. Pregnant or menstruating women can easily cause abdominal pain, miscarriage or severe bleeding. In addition, anthraquinone compounds are a kind of ingredients in aloe that can stimulate the peristalsis of the large intestine and can relieve constipation. If you take too much aloe vera, it may cause strong diarrhea. Generally speaking, people with weak physique, children, allergies, people with sensitive skin, hemorrhoids bleeding, nosebleeds, and those suffering from cataracts, heart dysfunction, and poor kidney function should not eat or use aloe vera.

It is understood that if anthraquinones are consumed for a long time, they are prone to dependence and even cause melanosis of the large intestine. Excessive consumption of aloe vera can also easily cause stomach pain. For some consumers who want to use aloe vera to relax their bowels, it may even aggravate the symptoms of constipation if consumed in large amounts.