You are here: Home » News » The role of aloe vera powder for our health

The role of aloe vera powder for our health

Pharmacologists point out that aloe vera is synonymous with bitter stomach medicine. This is because aloe vera contains aloe vera, aloe vera tincture and other effective ingredients, which can increase appetite and relieve large intestinal diarrhea. Taking aloe vera can strengthen stomach function and strengthen physical fitness. Long-term use of aloe vera for healthy people can not only prevent various diseases but also improve physical fitness and strengthen physical strength. However, patients who are too weak and have long-term loss of appetite can restore their appetite and lay the foundation for restoring health by taking aloe vera. The laxative function of aloe vera is a very effective medicine. Aloe vera components increase the secretion of small intestinal juice, increase the activity of lipase, and stimulate the disordered autonomic nerves of the large intestine. Even with chronic intractable constipation, after taking aloe vera, it can be laxative within 8 to 12 hours. Therefore, ancient and modern Chinese and foreign pharmacopoeias regard aloe as the best medicine for constipation. 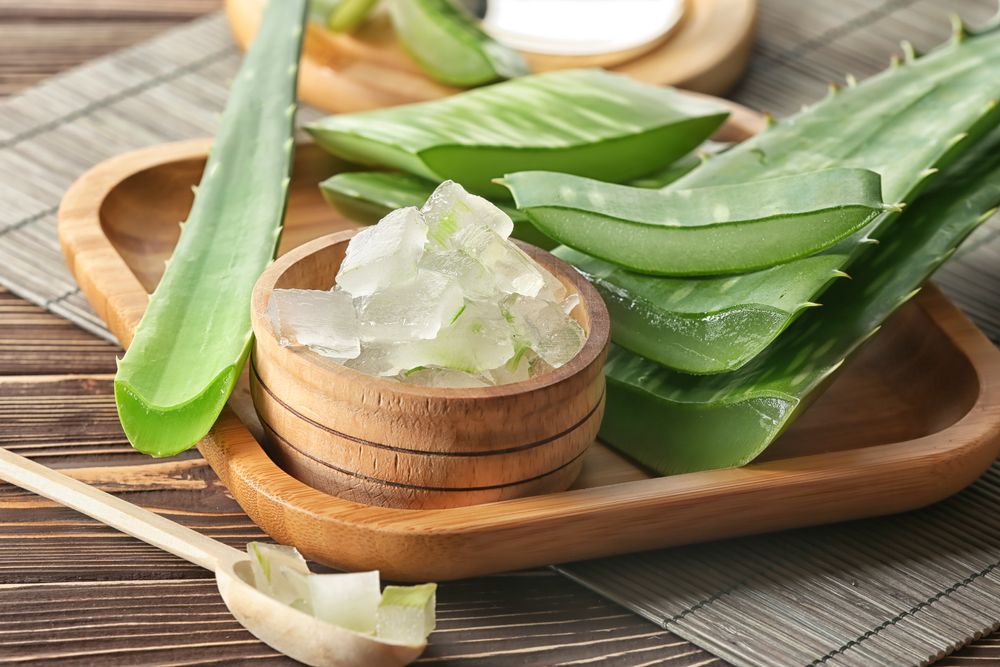 The polysaccharides in aloe vera have the ability to resist bacteria in the body, and endow the human body with disease resistance, so as to achieve the purpose of fundamentally improving physical fitness. Aloe tincture is a substance with strong antibacterial properties and has a direct bactericidal effect. Compared with antibiotics, it does not produce drug resistance to cells, and it can effectively kill drug-resistant bacteria caused by the use of antibiotics.

Aloe vera acts as an analgesic and calming effect

The analgesic effect of aloe vera is rapid, accurate and harmless. The polysaccharides in aloe can calm the nerves and eliminate allergies and internal heat; it has a good effect on neurogenic gastritis and neurological heart disease.

Aloe can not only enhance the digestive function of the stomach and intestines and the functions of the gall and liver organs, but also regulate the hormone-related endocrine system. Especially in regulating the insulin secretion of the pancreas, it has a significant promoting effect. It has obvious effect on diabetes and its complications.

The role of aloe vera components in the circulatory system is to fundamentally treat abnormal blood pressure, stroke, and multiple-site diseases.

Aloe has the function of decomposing harmful substances in the body and neutralizing toxins invading from the outside. The polysaccharide components in aloe vera can supplement the liver's lysate function, promote the blood circulation of the liver, help the recovery of liver function, and effectively cure hepatitis. Aloe vera can relieve the side effects caused by anti-inflammatory drugs and antihistamines, and can improve leukopenia caused by radiation. It is effective for most allergy symptoms.

Healthy body fluids are alkaline. When the body fluids become acidic, the body's immunity will decrease, which can easily induce infections in various parts of the body. The main component of the six-carbon sugar in aloe vera is strongly alkaline, which can promote the alkalinization of body fluids, maintain the body's health, and enhance the human immunity. Aloe vera gel has the function of improving human collagen, and it also has significant effects on collagen diseases such as rheumatoid arthritis.

The polysaccharides in aloe can inhibit the growth of abnormal cells. Aloe gel in aloe: Aloe vera, aloe gram tincture A, B, and Yalomi tincture have a strong function of attacking cancer cells. Organic germanium, the most precious trace element in aloe, has a magical effect on inhibiting tumors. Efficacy, another theory of using aloe vera to treat cancer called 21st century salvation in foreign countries is to enhance the body’s own healing power. The effective substances contained in aloe vera can enhance the vitality of normal human cells, and have an effect on cancer cells. Inhibition.

Modern medicine has fully realized the various medicinal effects of aloe vera, the scope of clinical application has been continuously expanded, and it has been used to treat various intractable diseases, which has received extensive attention from the medical community.

Relevant experts predict: Aloe will become the best health and beauty product in the 21st century.

Note: Aloe vera powder and bitter gourd powder can be taken at the same time, the two complement each other, and the effect of reducing the dose is significant.

The role of aloe is to laxative, and the role of bitter gourd is to lose weight.