You are here: Home » News » Siberian solomonseal rhizome extract contribute to our health 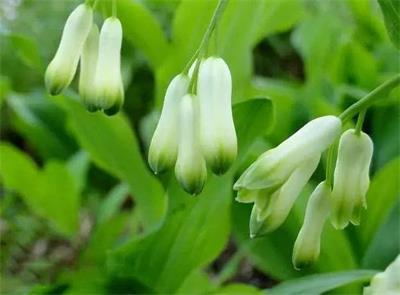 In recent years, it has been found that it can regulate the activity of glucose metabolism and has a significant effect on the prevention and treatment of diabetes.  The study showed that the polysaccharide formed by single glucose had the strongest inhibitory effect and hypoglycemic activity.  It has been proved that the water extract of Huangjing can enhance the glucose transporter (GLUT-4) gene expression in type II diabetic rats with insulin resistance, and thus play a role in lowering blood glucose.

Compared with the control group, the triglyceride, B-lipoprotein and blood cholesterol of hyperlipidemia rabbits were significantly decreased 10, 20 and 30 days after administration of 100% Huangjing decoction, 5mL twice a day, for a total of 30 days. Therefore, Huangjing has a significant effect on lowering blood lipid.

Polygonatum, polygonatum polysaccharide and its flavonoids have the effect of delaying senility.  The mechanism of anti-senility of chrysosperm: chrysosperm can promote the synthesis of protein;  At the same time, the content of metabolic wastes such as lipofuscin in cells can be reduced to enhance the ability to resist lipid peroxidation and enhance the activity of SOD.  Eliminate free radicals and reduce the damage to the body caused by free radical reaction.

Chrysalis can enhance and improve memory.

9. Effects on the cardiovascular system