You are here: Home » News » Rhodiola:a rare treasure of the snowy plateau

Rhodiola, the folks have the "eternal grass", "nine death resurrection grass". It mainly grows in the alpine zone of the northern hemisphere, under high mountain flow rocks or bush jungles in pollution-free areas within an altitude of 3500-6800 meters.

The plateau has short light hours, hypoxia, low temperature and dryness, strong winds and strong ultraviolet rays. The extreme environment has created the physiological characteristics of plants growing in the plateau area, and also made Rhodiola stored in the body of the active ingredients that are very valuable to humans. 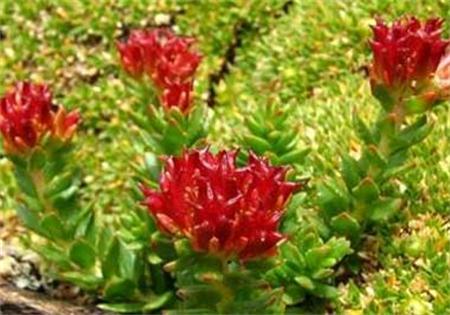 According to legend, during the Kangxi reign of the Qing Dynasty, a small number of separatists in the western border area of my country rebelled with troops, and the Emperor Kangxi himself conquered. Unexpectedly, when the soldiers left Yangguan and arrived in the Northwest Plateau, it was difficult to adapt to the hypoxic environment of the mountains. Many people experienced symptoms such as flustered, shortness of breath, nausea, vomiting, and reluctance to eat and drink, and their combat effectiveness was greatly reduced. When Kangxi was at a loss, the local Tibetans offered Rhodiola medicinal liquor. After the soldiers took it in time, the altitude sickness disappeared miraculously. So the morale was boosted and the insurgents were beaten out of force. Kangxi was overjoyed and called Rhodiola rosea as the "grass gifted by immortals" and designated it as a royal tribute. This was the first time that Rhodiola rosea was officially recognized, but unfortunately Rhodiola rosea was also hidden in the deep palace. The folks dare not use it as a medicine, so few people know it.

It was not until the 1980s that under the scientific research of Chinese traditional Chinese medicine scientists, its mysterious veil was finally unveiled, and a long-interrupted heritage of medicine and pharmacy of the motherland was continued and inherited, and thanks to the intervention of modern technology. And it has been Everbright and developed.

Studies have shown that Rhodiola contains more than 40 kinds of chemical components such as salidroside, rhodiola ketone, tyrosol, rhodiola polysaccharide, rutin, etc., and contains 18 kinds of amino acids, 35 kinds of trace elements and 7 kinds of vitamins necessary for the human body Therefore, Rhodiola rosea has high nutritional value. In addition, Rhodiola has better immunomodulatory effects than ginseng, especially its anti-anoxia, anti-aging, and anti-fatigue functions, which are unique among the known tonics in the world. It is hailed as "golden plant" and "Oriental God grass" by the medical community. , "Plateau Ginseng". Here are several major effects of Rhodiola.

It can quickly improve the hypoxia of the human brain and tissues. Its mechanism of action is: increase blood oxygen content, increase the efficiency of red blood cells carrying oxygen and increase blood flow and velocity, improve cold hands and feet, dizziness and other symptoms, and prevent altitude sickness .

Rhodiola has the effect of improving learning and memory. According to research literature, salidroside can increase the oxygen carrying efficiency of red blood cells, increase blood flow and speed, increase cerebral blood circulation, can produce mental stability, and there is no sense of fatigue. It can also improve the overall work efficiency.

Rhodiola can increase the air content in the brain, and the brain tissue has sufficient oxygen, which can promote endorphin to maintain a happy mood and reduce stress for our body. Therefore, eating Rhodiola can make us refreshed.

According to a research conducted by Shanghai University of Traditional Chinese Medicine, China, Rhodiola can regulate immune function, improve immunity, and increase oxygen absorption. It has a two-way regulation function for the central nervous system and endocrine system. Deficiency will replenish it, but in reality it will relieve it and maintain the human body. Physiological functions are in the best balance state, improve weak physique, and help maintain health.

4. It can resist cold and promote blood circulation

For the symptoms of cold hands and feet, heavy head, dizziness when standing, etc., according to the China Academy of Traditional Chinese Medicine, rats with experimental myocardial ischemia were given Rhodiola extract and continuously used pulse meter and electrocardiogram. Changes in blood circulation state, as a result, it was found that when Rhodiola rosea was consumed, peripheral blood vessels dilated and blood flow improved, which reduced the burden on the heart, increased blood flow in the heart, promoted peripheral blood circulation, and balanced body temperature.