You are here: Home » News » Functions of Rhodiola Extract

Rhodiola (also known as Arctic Root, Golden Root) is one of the Crassulaceae plants, which are native to the Arctic Circle in Eastern Siberia. Rhodiola is widely distributed in the polar circle and mountainous regions of Europe and Asia. It grows more than 11,000 to 18,000 feet above sea level. 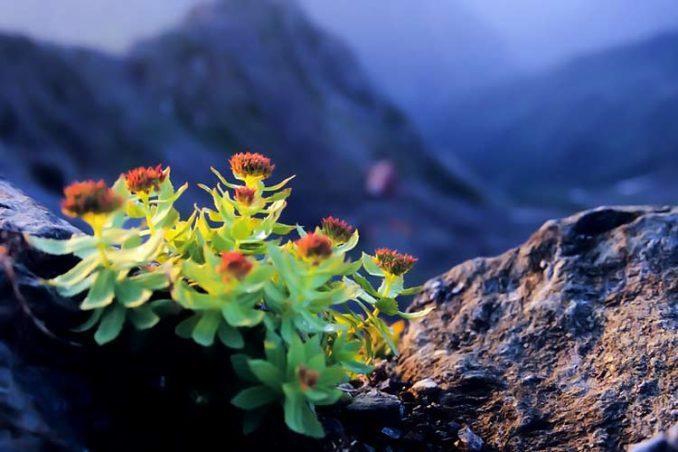 Rhodiola rosea was classified as an adap togenby Soviet scientists because of its ability to increase various chemical, biological and physical stress abilities. The term adaptogen originated in 1947 by a Soviet scientist Lazarev. He defined an "adaptogen" as a drug that can neutralize adverse physical, chemical or biological stresses by generating non-specific resistance. 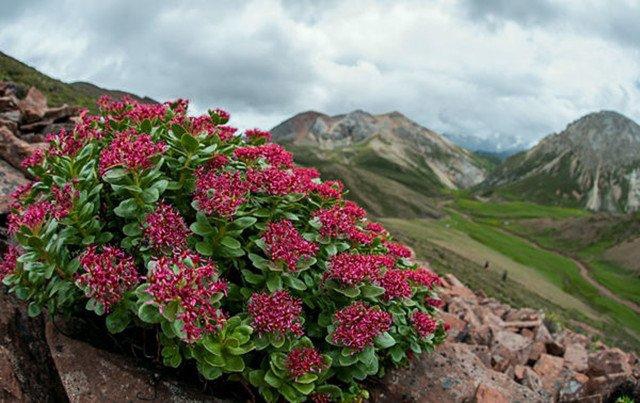 1. Through direct and special stimulation of immune defense (stimulating one of the most important types of immune cells; Natural killer cells. NK-cells search for and destroy the body's infected cells). Rhodiola extract restores the immune system to normal by improving T-cell immunity. This shows that it can improve the body's resistance to the poison that the infection gradually develops.

2. Make the body less susceptible to stress. When we are exposed to stress for a long period of time, and continue to take energy from other systems, the overall impact is reduced immune response and poor health. Rhodiola extract can also enhance B cell immunity by preventing the suppression of B cell immunity due to stress and fatigue.

In animal experiments, Rhodiola extracts named rosavin and salidroside have been shown to increase the speed at which serotonin precursors, tryptophan and 5-hydroxytryptophan are delivered into the brain. Serotonin isa type of brain neurotransmitter that has been extensively studied, chemically including many functions. Unstable serotonin has been linked to various abnormal mental states such as clinical depression.

Therefore, Rhodiola was used by Soviet scientists alone or mixed with antidepressants to improve people's mental state, and became a valuable medicine for those who live in countries and seasons that do not get enough sunlight due to the prolonged monthly cycle. (For example, SAD means seasonal depression, which is more common in Nordic countries) In a public clinical trial to test the efficacy of rhodiola extract in reducing depression symptoms, 128 patients were given rhodiola extract. Rhodiola extract effectively reduces or eliminates depression symptoms in 65% of patients.

Rhodiola extract has been shown to relieve stress-induced cardiovascular tissue damage and dysfunction. Rhodiola extract can prevent the decrease in cardiac contractility caused by the pressure of the surrounding environment in the freezing state and help stabilize contractility. The use of rhodiola pretreatment seems to trigger a beneficial adaptive response to this type of stress. When the mice after taking Rhodiola rosea were exposed to the freezing state, the decrease of cardiac contractility was prevented, and the stable contractility of the heart tissue continued to appear during the perfusion period.

Other reports suggest that the use of rhodiola extract can protect the cardiovascular tissues of rats under the release of catecholamines caused by stress and reduce arrhythmias caused by adrenaline. The anti-arrhythmic effect of Rhodiola extract is considered to be a secondary effect of its ability to induce opioid peptide biosynthesis and involves the excitation of peripheral kappa opiate receptors.

Rhodiola extract has also been shown to be effective against heart problems caused or worsened by stress. The effect on these conditions is based on its ability to reduce the total amount of catecholamines and steroids released by the adrenal glands due to stress. The abnormal secretion of these stress hormones can lead to increased blood pressure, cholesterol, and potassium levels and increase the risk of heart disease.

Rhodiola has been found to reduce harmful blood lipids and therefore reduce the risk of heart disease. It also reduces the total amount of circulating AMP (c-AMP) released into heart cells. Circulating AMP is related to ATP (adenosine triphosphate), the main energy supply molecule of the human body. C-AMP acts as a ‘second messenger’ or a link between the internal and external environments of the cell. It helps the intracellular calcium flow into the heart to greatly increase the potential energy of the heart muscle to contract. Rhodiola thus regulates the heartbeat to prevent arrhythmia.

Rhodiola has effective antioxidant capacity. By limiting the harmful effects of free radical damage, it can effectively resist diseases caused by aging.

Just like Siberian ginseng, Rhodiola rosea extract is often taken by athletes to improve human function. Although its mechanism is still not fully understood, it seems to improve the muscle/fat ratio and increase blood hemoglobin and red blood cell levels.

Taking rhodiola extract has shown potential as an anti-cancer drug, and may be very effective when combined with several anti-cancer drugs. Transplantation of mice with immobilized Ehrich adenocarcinoma and metastatic Pulis lymphosarcoma in mice, supplemented with rhodiola extract inhibits the growth of all types of tumors, reduces metastasis to the liver and prolongs survival. Taking it can also directly inhibit the growth and metastasis of transplanted Lewis lung malignancies.

When the rhodiola extract and the anti-tumor drug cyclophosphamide are used in combination to treat the same tumor model, the anti-tumor and anti-metastasis effects of the drug are effectively improved. The existence of free radicals is related to cell mutation, the direct cause of cancer.

In addition, Soviet scientists found that oral administration of rhodiola inhibited 39% of experimental rats' tumor growth and reduced 50% of rats' metastasis. It can improve the urinary tissue and immunity of bladder cancer patients. In experiments on various other cancers, including adenocarcinoma (glandular tissue cancer such as breast cancer) and lung malignancies. Rhodiola extracts all caused a significant increase in survival rate.

In Russian and Far Eastern cultures, Rhodiola extract has been used to improve sexual performance for a long time. In an open clinical trial involving 35 men suffering from weak erections, premature diarrhea, or both, treated with 100-150 mg of rhodiola extract for 3 months, 26 of the 35 patients admitted their sex The function has been substantially improved.

Members of the two groups continuously tested their ability tocomplete the proofreading test within 24 hours of taking the extract or placebo. The number of typos in the proofreading test of the controlled group increased greatly, while the functional decline of the group taking rhodiola extract was much smaller.