You are here: Home » News » Do you know the relationships among proteins, peptides and amino acids?

Do you know the relationships among proteins, peptides and amino acids? 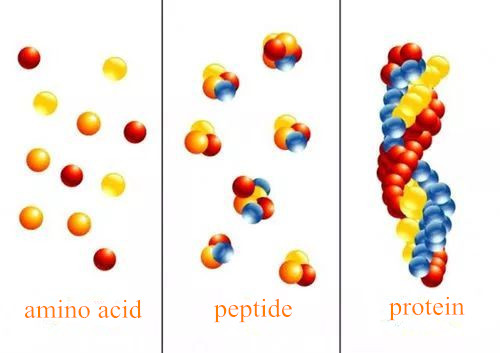 1. Protein is the most important nutrient for human beings and the basic substance for maintaining life activities. The daily intake for adults should be 75g.

2.Amino acids are the basic substances that make up the proteins required for animal nutrition. They are organic compounds containing basic amino groups and acidic carboxyl groups. Amino acids can play the following functions through metabolism in humans:① Synthesis of tissue proteins; ② Changes to ammonia-containing substances such as acids, hormones, antibodies, creatine; ③ Changes to carbohydrates and fats; ④ Oxidates to carbon dioxide and water and urea to produce energy.